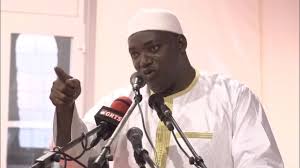 The President knows very well that besides his sycophantic minions, the nation is overwhelmingly displeased with his governance style. He has burnt out the political goodwill he came with faster than a candle would melt in an inferno. January 2017 seems like a lifetime ago, when one recalls the reception Barrow received on his return from exile to be inaugurated; throngs of people trekking miles upon miles for hours in a show of solidarity and hope for a new day.

Today, a little over two years on, that man, the symbol of hope back then invokes disappointment, anger, and disdain at the mere mention of his name within that same crowd and he is well aware of it.

President Barrow wants to live in denial, show up at pre-planned gatherings and convince himself and his followers that he has a solid following rather than face the nation and listen to our grievances.

“A government that listens and learns is a government that improves and succeeds.” This is a statement Barrow made in early 2018; it seems he has forgotten his own mantra a year later. But that should not be a surprise; “accountability, transparency and probity” were the taglines of his predecessor when he first ascended power only for those same words to be taboo a year later. Mention one or all of them and you’d be lucky if you are arbitrarily jailed. Power indeed corrupts.

Politicians attract to their side people with some clout and standing in their respective communities; look around the president and name who among his followers can pull a dozen people from their own Kaabilo (extended family) if not through inducements.

One does not need to go far to capture the general sentiment of the populace; the state’s own various official social media pages capture the mood of the people very explicitly. The amount of ridicule the posts invite besides the humorous, are generally negative. People posting comments on each thread trying to draw the President and his staffs’ attention to issues that they feel need addressing but are being neglected is very telling.

The self-assigned and approved social media platform trying to serve as a PR and propaganda platform for the president is doing a very bad job, almost entirely snubbed in the virtual world and struggling to make their voices heard which have been drowned by rival outlets.

On the ground, one can notice the president is visibly frustrated, never mind the air of bravery he tries to carry around himself. The chest thumping, the unsavory comments, the bragging and recently the issuing of threats are all too familiar. Jammeh was exactly the same and thought the storm clouds gathering around him would dissipate with his threats. Barrow saying he’ll be at State House until 2021 whether Gambians like it or not is EXACTLY what Jammeh was saying leading up to the 2016 election cycle; “only Allah can remove me from power; not elections, not coup d’états.” He didn’t survive that election period.

To top it off, the President is refusing to face journalists in his much touted “regular press conferences”, rather he sends his press staff to deflect answers or feign ignorance about questions asked with responses like “you’ll have to ask the president.” Yes, we will if only he will come out here and face the nation. His refusal is a manifestation of his lack of confidence in how the nation perceives him. He does not want to admit his glaring failures.

I hope and pray that the journalists are watching closely and writing their questions to pounce on him at the next rare opportunity. Here’s one question I will give away to whichever journalist wants to use it.

Journalist: “Mr. President, you recently said at a rally that “adiyaata meng yeh wo, m’beh jang fo 2021. Akuyata meng yeh wo, m’beh jang for 2021.”(I will be here until 2021 whether you Gambians like it or not.) That comments reminds the country of similar comments the former tyrant used to make accompanied by threats. Some say you have forgotten how you got here. You used to say that 2016 taught us all lessons; that Yaya Jammeh learnt that power actually belongs to the people, that you have learnt lessons in the power of a united people, and that the Gambian people know how much power they wield. Why now are you making such statements that some view as irresponsible or even arrogant?”

He will probably respond with a lame “that’s the language of the constitution, that my mandate is 5 years”. That is if he does not get offended by the reference that some view his statement as irresponsible and arrogant and focus on that rather than answer the concerns.

If I were the journalist, I won’t even reference the MoU but rather draw his attention to the fact that the same electorate that elected him is empowered by the same constitution to recall their elected officials.

Journalist: “We know the constitution stated a term of 5 years, but doesn’t the same constitution give the citizens the right to recall elected officials or force their resignation through peaceful protest if they are dissatisfied? If the citizens choose either of those routes would you still defy them or use force to entrench yourself?”

It would be interesting to watch him navigate his way out of that. I am not a trained journalist but in the art of arguing (countering someone’s stated points), it helps to use their own rationale/logic against them.

The President is in denial outwardly, but inwardly he is frustrated and is making rash decisions like dissolving the Board of Directors of GAMTEL because they refused to be dictated to. Targeting individuals like Sedat Jobe, mistreating and victimizing them because he does not believe he commands their loyalty even though they served their country well. Much to the chagrin of all decent citizens, Barrow is cozying up to the APRC amidst the revelations of all the gory details of their reign of murder, terror, rape and gross human rights violations perpetrated by the administration they presided over. These are all indications of desperation of a man increasingly being isolated by all well-meaning citizens who once saw hope in his ascension.

A president so desperate to stay in power that he will do any and everything to realize that ambition no matter the cost to Gambians. A drowning man will cling even to a straw, so the saying goes. So brace up Gambia we are just in the preliminaries. Whatever he has planned as a last ditch effort would not be pretty.

The good news is that the voices of dissent are finding common ground, there is a convergence of views on what the problem is and all daggers are pointed towards Barrow. Will he survive the gathering storm? Gambia had decided indeed and the Gambians are sticking with that decision no matter who that stance will be against.