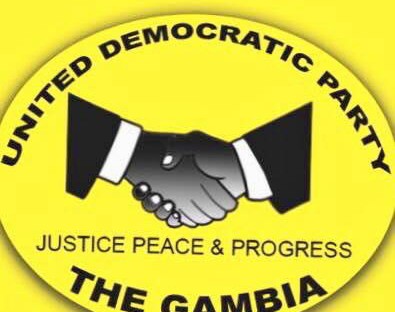 “I can’t live to see a UDP government; I will give up on Gambian politics.” Isn’t it a tragedy for anyone to think like that! You can almost see the rage emanating forth in the words of some opposed to the UDP.

The largest political establishment in the country, with hundreds of thousands of Gambians in tow and you see no hope, no potential and no capacity within that establishment? And we are to believe you are an objective patriot out for country? Do people even think on the broader implications of their perspectives?

This stance, amongst many others is the reason why so many cannot have an objective discussion when it comes to UDP and then turn around and say UDP is intolerant of criticism, or that it is not democratic but a body outfitted by tribal supremacists. If you have shown from the outset that you think nothing of me, and that I am beneath you, unworthy and hopeless; why in the hell should I ever listen to anything you have to say about me? I don’t care if you drape your statement or position in patriotism with a supreme crown of nationalism. Because with that position, you have already made it clear that nothing I ever do will be good enough except constant failure; now that makes you feel elated!

You know what I think it is; envy! It goes to affirm the saying that the best response to those who wish you failure is to succeed. Either they are envious or their understanding of politics is very limited.

We can look around and point to all the ills within the country and blame it on the UDP since they form the majority. But the question then becomes is it all a failure? If not then who takes the credit for the success? See, it is a mixed bag, UDP is a political establishment and will attract all manner of people, character wise. We have people who will subscribe to the UDP platform, get elected or appointed to office and do a wonderful job, and then others who will fall short and disappoint all. Now, are you going to blame the UDP for one but not credit it for the other or are you going to be objective and see that the person is entirely responsible for their own actions?

In a battle of ideas you come armed with concrete ideas and verifiable evidence, not emotionally charged rhetoric; it may work sometimes but usually does not.

If by now you are wondering who “they” are, they have already taken their position publicly, the ones who say that “UDP has no core!” I take that to mean no core values, maybe? Some haven’t said that much but nod in agreement (if Facebook “Likes” are a nod). Despite the fact UDP has a policy document and has men and women of integrity and good societal standing in its ranks, they still stick to their beliefs.

Let’s be objective for a minute; the UDP as it stands dominates the Gambian political landscape and all objective observers will conclude that it is the party best positioned to form the next government. If current trends hold (and all indications are that they will), the party will not only form the next government but will dominate the legislature and local government and that trajectory is not changing anytime soon because the party is the most structured and most formidable. By the time the current crops of leaders call it a day, the next set of leaders that will assume their responsibilities would have already been well prepared, tried, tested and approved. Not only that, they would also have been presented and introduced to the party’s base, so they will also be well known when the time comes.

So, better brace up because the UDP is not going anywhere anytime soon. If, in a worst case scenario, and this is a very remote possibility; the UDP does not secure the executive arm of government, it still is not a party to be sidelined by any executive that wishes to succeed. Yusupha Cham put it best at the UDP’s last rally at the Buffer Zone; “UDP is like a tractor, whatever direction it pulls is the direction everyone will go.” The party basically has the Gambia in tow.  If you don’t know what that means, tally Yahya Jammeh’s human rights records and you’d see that the greatest chunk of the credit for why his government’s human rights record was abysmal will go to the UDP.

The party’s defiance and refusal to be silenced or intimidated forced Yahya’s hand. “I will teach them a lesson” he said; so heavy handedness was used. The rest is history. Even when negatively impacted, as it obtained under the tyrant, the party shaped the political narrative of The Gambia and by extension the image of the Gambia albeit not so ideally as lives were lost.

So, is it not time then to engage the party on an intellectual level? It is not true that the party has no policies; the party does. In fact it has the most detailed manifesto, read it objectively. It is not true that the party “has no core”; a people who are not utterly convinced of their ideals and dedicated thereof will not let themselves be persecuted and yet persist. Do your own research, it may not lead you to embrace the UDP and that is fine but at least you will not relate to the party with emotions but substance, and THAT is what we need to move The Gambia forward.

Politics is about negotiating differences, that cannot be done if substantively we do not know what we differ on. I know there is a lot of respectable people who are motivated only by objectivity and a desire to see a better Gambia. They are in the minority of those opposed to the UDP. The majority of those we see on social media are not so motivated.