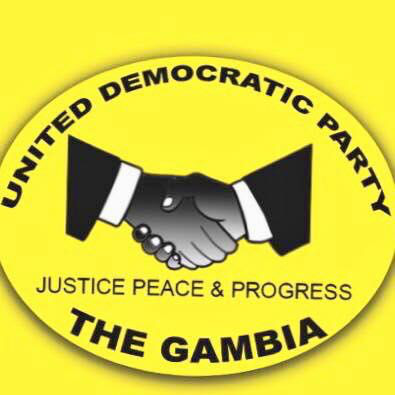 You can’t help but laugh listening to some of the Gambia’s “political pundits”. Barrow’s worst nightmare will unravel if he fires VP Darboe or if VP Darboe resigns. Now you can go spin that to mean UDP is threatening/daring Barrow to fire Darboe. The politically objective know what is being highlighted here; the fallout.

“Darboe should do the patriotic thing and resign;” really? Who are you to preach patriotism to Darboe and the UDP? If you cared enough during tyranny, you’d know there were several events in the past, when similar calls of UDP using it’s might to send a message to the tyrant were made. When the time was right, based on the party’s own assessment, they acted and the chain of events that ensued led us here. That same UDP is alive and kicking, only stronger and none of the anti-Barrow singers will use the party to stage the downfall of the Barrow administration. That is the real objective and you will see it is written all over their shenanigans if you look close enough. Hold Barrow’s feet to the fire, make him accountable; okay let’s talk on how to do it. Orchestrate his downfall; not happening.

The laughable thing is that they sound as if they want the survival of the UDP or that they care if the UDP maintains its lead, when the opposite is in fact the case.  It’s amazing that people who can’t read the very basics of the political environment to gauge the general feeling thereof are the ones giving us a diagnosis. Here’s an example; who suffered the worst in the current crop of the UDP? Those we know as the faces and victims of the April 14 and 16 brutalities. Along comes the “experts” casting blame on Darboe and the UDP for the plight of those victims hoping to score political points, what are the victims saying? Exactly! They suffered the worst and if anyone should have any ax to grind in the UDP it’s them, but they have shown unambiguously, in public that their support for and loyalty to the UDP is unshakable. Any objective observer would ask why that is so.  But somehow we are to believe that the UDP is trying to hold it together? Oh please, go take a nap!

Is it likely the President and the Vice President do not agree on everything political, absolutely? But inflating that disagreement to say there is a rift in the UDP as in “Barrow vs. Darboe” is grossly misinformed. Are there in the UDP those who favor a Barrow successive government, yes. But that still does not translate into a split in the UDP. If anything, Barrow knows his hope lies in garnering support outside of the UDP, which is what he is doing. He knows he stands no chance trying to split house as some are running around screaming.

The demise of Barrow’s administration; that is what many seek to expedite and they believe their best bet to be in using the UDP. Add to that the desire to weaken the “incompetent UDP”. Whatever it is, Darboe and UDP are safe and depending on which of the two scenarios unfold, we are looking at a crisis of governance in the interim. It’s simple really, with all the political moves he’s been making and continues to make, President Barrow will have to explain the reasons for firing Darboe and hope the rest of the UDP’s principals in his government do not resign in protest or fire them all at once. What will that mean for Barrow politically?

Barrow firing Darboe will be more disadvantageous to Barrow politically than it will be for Darboe, and that’s not to say he should not. He is the chief executive and should have on board whoever he has confidence in; if Darboe and the UDP principals in government are among the people he has no confidence in, so what? There was Mai and O.J before that. Why should the earth shift because Darboe got fired? But that tells more about Barrow than it does about Darboe and the UDP principals in government. And believe it or not, firing Darboe should be the easier choice for Barrow in terms of political ramifications for himself because he can make up a reason to sell.

Darboe resigning is a statement of no confidence, and THAT will be hard for Barrow to spin or get ahead of. Therein lays political capital not just for the UDP but for all who seek to expedite the demise of this administration from day one. “Want it done, use the UDP!” Well sorry to burst your bubble but that will never happen, like it never did with the tyrant. UDP will not be pushed to act based on sentiments of online “pundits”.

UDP has its in-house strategists and experts and it operates in a democratic fashion. Any decision it makes will be thoroughly vetted and deliberated upon. Decisions do not get made on a whim here and whatever decision is made gets the support of the party members from the grassroots up because they are involved.

With this government there are so many things we wish were different, so much that could be improved upon, and then others that are not getting the deserved attention. Yes, such are the issues with any government and we should not give up on pressuring them to act as needed. But losing hope and vying for the dissolution of government just because one is unhappy with some aspects of it is ridiculous. What then happens if a new batch of ideologically different politicians assume power and fall short in other areas (as they will)? Are we going to spend perpetuity and every resource installing and ousting every administration because certain segments feel their expectations are unmet?  That’s what elections and the courts are for.

Throwing such temper tantrums is childish and lacks maturity in every sense of the word. In as much as we are unhappy with certain things, (a lot of things) progress is being made elsewhere and we should not relent in our pursuit of making things better across the board. THAT is our responsibility and we should not be found wanting, so let’s keep the pressure on but the sky is not falling so let’s not instigate a crisis in governance.

1 thought on ““Darboe Should Resign””