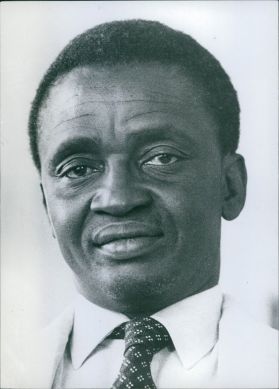 To move past our challenges; challenges that have confounded our growth for decades, we, as a country need to stop rewarding bad behavior or at the very least identify it for what it is – bad behavior. “Wrong is wrong no matter who does or says it.” – Malcolm X

Every politician has some personal dark cloud hanging over their head and THAT is part of their story that needs to be captured if we are to paint a holistic picture of who they were/are as public figures. When our family members or relatives decide to step into the political limelight, as noble as it is, the family members and relatives need to recognize that the territory comes with the good, the bad and the ugly. Some justified and rightly placed and others not so much.

Public figures are role models and they pass on to become historical figures from whom we can, and should learn. Presenting a biased or one sided narrative of who they were does not serve anyone well, not even the memory of the person in question.

Mr. Hassoum Ceesay, the author of Founding Father P S Njie A Moral Biography in his interview with news casters for QTV stated that “P.S. N’jie is like a moral embodiment of all what the Gambia holds dear or used to hold dear. Here was a person who put Gambia first before his individual or before his party interest.”

P.S. N’jie indeed contributed a great deal in the socio political sphere of The Gambia, which should not be diminished in any way, shape or form. He has made his mark on history and should be celebrated for it, but alongside that recognition were darker clouds that need to be brought forth as well. As unsavory as they may be, those are the aspects of public life that tells us how not to grace the public sphere. There is a reason why the PDOIS duo keep deferring certain things to history; “let history be the judge” they will often say. Past deeds will be revisited and granted their place in history, so they should be good and reflect sincere goodwill when placed in the context of their times.

We know, as a matter of fact, that Gambian politics was confined to Bathurst and Kombo St. Mary’s. The only party that sought to extend that to give franchise to the entire citizenry and not just the few was the PPP, and their leader Sir Dawda kairaba Jawara is alive today. We also know that before the PPP emerged on the political scene, the only person who ventured into the hinterland to highlight the plight of the protectorate citizens was E.F. Small, a man who never found his footing among the colony political class. We also know that when PPP sought full independence from Britain, they were the only party advocating for it, everybody else was comfortable with The Gambia being a British territory, lorded over by the British monarchy and administered by a Prime Minister. This is part of the standoff that led to the internal self-government status of the Gambia in 1963. It is also a known fact that the party most aligned with the colonial administration was the United Party (UP) of P.S. N’jie.

In his autobiography; Kairaba, Sir Dawda wrote “in the background [of the All Party Congress], the unfortunate fractures between the old parties over the demonstrations [Bread and Butter Demonstrations led by A.E Cham Joof and Crispin-Grey Johnson] played into the hands of the Windley government. We will see P S Njie and Governor Windley becoming close allies against the other parties so that the UP would not take part in anything to challenge any programmes of the Windley government.” – Kairaba p.200

When A.E Cham Joof, Crispin Grey-Johnson and Benoni Jones were arrested for their part in the Bread and Butter Demonstrations A S Bamba Saho, whom Sir Dawda referred to as “a close friend” was the one that took up the case for the trio as defence counsel and got them bailed and later argued their case in court successfully earning them an acquittal.

The Bread and Butter Demonstrations started at the All Party Congress (APC) which was set up in 1958 by the Governor. The Congress was “charged with the formulation of ideas to amend the constitution to reflect social and political developments in the colony.” – Kairaba p.199 The PPP being a member of the APC advanced the call for universal adult suffrage to grant all citizens a voice and a vote which was granted in Septemebr 1959.

Both the QTV reporter and Mr. Ceesay, whom I personally have interacted with and have a lot of respect for, echoed the ‘Gambia First’ stance that, in his view Mr. N’jie represented that should inspire the younger generation. Perhaps the darkest cloud hanging over P. S. N’jie’s political career in that regard was his statements about his political rivals. Although not uttered at a political rally, it was on record when he accorded an interview to Berkeley Rice, author of the infamous Enter Gambia, Birth of An Improbable Nation. N’jie in that interview stated:

“All the N’jies are educated, but this man Jawara, he is not educated. He’s only got a veterinary diploma. I am much more popular than he is. Did you listen to the crowds at independence? They did not cheer him. They always cheer me. He should never have won the election in 1963. We should have won except for a scallywag of a chief who deserted us.”
Asked about a short-lived political “understanding” between the PPP and UP, N’jie became irate. “You can’t have an understanding with a man like that. He never means anything he says. He’s a liar. He’s a rascal – low-born, and low-bred. You see, the PPP is all Mandinka people, and Mandinkas only understand money, meat and groundnuts. They are all lazy. Character and honour are meaningless to them.”

“Do you include people like the Cabinet Ministers Dibba and Sissay, when you speak about Mandinkas this way?”

“Dibba and Sissay? They are ignoramuses.”

How about the three United Party MPs who crossed over to the PPP?

“They are not politicians. They were afraid. They put money before the party and the country. You don’t get politicians in a backward country like this. A real politician has to be able to wait. He must wait twelve or thirteen years as the Labour Government did.”

“What do you think about the prospect of The Gambia becoming a republic, with Mr Jawara as president?”

“That would be all right for someone born with servants in the house and everything like I was. But these PPP men are all from the bush. This Jawara is a scallywag. When I was PM and I said ‘yes,’ it meant yes. Not this man. It’s the result of coming from a low family – the lowest of the low. His Ministers and MPs are the same. Kah forged checks. Daffeh stole from the District Authority treasury. Famara Wassa Touray served a prison term. Singhateh stole money. When the police issued a warrant for him, he ran away to Sierra Leone. Then he came back and stood for election. I know these things because I am a lawyer.” – Culled from Enter Gambia, Birth of An Improbable Nation.

This could be passed off as rhetoric from one political rival directed at another. Indeed that was the case when UDP leader Ousainou Darboe was asked to that effect, in his view N’jie was talking from a political stand point against his rival Jawara and that he did not believe N’jie was bigoted or felt disdain towards Mandinkas. Mr. Darboe cited himself and many provincial native children who were wards of Mr. N’jie, so casting him as an outright “tribalist” may be unfair. But the fact that he uttered these statements is a matter of record and no politician or public figure should express such sentiments whether publicly or privately. That is a lesson the younger generation needs to learn from.

When these utterances first came to light, some passed it off as “he’s calling it like he sees it” and in effect trivializing the sentiments felt by a large section of his constituency, who I am certain would have thought differently of him if they heard him utter such words. Such sentiments have no place in our political discourse.

Whether uttered openly or in private, they deserve condemnation and any politician, currently or subsequently should know that such sentiments will be attached to their legacy and their progeny will have to bear the consequences of their indiscretion. That much, should be instituted to serve as a deterrent. But if we want to maslaha our way out of unsavory situations, they will persist and the reactions will not always be predictable.

This is by no means an attempt to indict Mr. N’jie as a bigoted individual, but a bitter politician he was. He has done much for country, so this one instance should not define his character as an individual. But this mistake should not be brushed under the carpet for all to learn from. Just like Jawara’s name will always be associated with the corruption of the PPP government, and Yaya Jammeh’s name with the tyranny of the APRC regime. P. S. N’jie, a onetime Premier of the Gambia made some political missteps and they should not be ignored in an attempt to highlight his contributions to Gambian politics.

He does not deserve to be seen as a villain for those missteps but neither should he be sanctified beyond reproach just to highlight his positive contributions. The same will hold true for current politicians, and to them I say; re-echoing the words of Hon. Halifa Sallah; “history is recording.”

We need to start rewarding bad behavior from our leaders in equal measure, starting with the current leadership if we are to move forward.