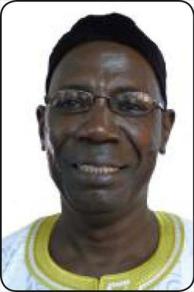 Following the leakage of the hateful vitriol of a former sitting National Assembly member for Banjul Central (pictured) against the Mandinka; The Gambia’s largest ethnic group, the response and retaliatory remarks that ensued have been overwhelming. The raw emotions expressed in a lot of them are very much understandable and in many cases justifiable.

Bigotry or at least bias towards self exists within every group; but when people of high social standing, social commentators or politicians become the conduit for amplifying such bigotry, its impact is greater and so much more consequential. This is one reason why they need to be held to a higher and more rigorous standard of conduct, especially in public.

In the numerous reactions recorded on live video feeds or audio transmittals, a common theme stands out; “what have the Mandinka done to his fellow citizen to be the constant target for scornful and insulting remarks”? “It is time we take action to end this feeling of contempt (jutunaya) towards us that has been going on for far too long.”

When the proverbial “call to arms” is sounded, we are entering dangerous territory and it behooves us all to stand up and safeguard our centuries old harmonious coexistence. To start with we need self-assessment; we need a better understanding of one another’s values and sensibilities. A word uttered in jest can have a very offensive meaning to a person of a different inclination; after all we are all sums of our individual experiences. So do not diminish people’s feelings when they are expressed. What makes the other person/group tick? What rubs them the wrong way? Are you socially competent to engage fellow citizens of different cultures? Let us all take time to understand each other. Despite the size of our country, we are different whether we want to acknowledge that or not.

Secondly, let us accept that we cannot change people and their perceptions, the most we can do in that regard is to let them know that their bigotry and negative values will not be condoned or normalized in our society, especially when it comes to people in positions of authority/influence and those seeking such positions. Let us resolve collectively as a people, that bigotry and all divisive rhetoric are absolutely unacceptable and will not be condoned from any politician or authority figure. Let is cling onto every word they utter and put it under the social microscope for any attempts at dog whistling or ethnic baiting. Let us make it clear to them that any statement uttered that even remotely resembles bigotry or is remotely divisive will result in us ruining your political career and social standing. If any such person mentioned above offers their platform to any bigot or lets their platform be used as a medium to amplify bigotry and divisive rhetoric, we will ruin your career and social standing. Politicians have ambitions, people want to be respected and remain reputable and will work to maintain such whatever it takes; let us use it desire towards safeguarding our collective interest.

Individual citizens can feel and think of others however they want to, but the society around them will eventually influence their feelings to be aligned with the general feeling of the society. For such bigoted and ethnocentric individuals, only time can heal them; all we can do is be on guard and ready to pounce on them whenever they want to act on their bigotry or whenever they seek to amplify their divisive rhetoric using any social platform availed to them.

As to the question on whether the Mandinkas are justified in their feeling of being victimized, what is usually referenced in that regard are the claims of Mandinka loyalty to tribe rather than loyalty to nation or the claim of Mandinka sense of entitlement to rule. These are the often cited claims as to why Mandinkas are seen as obstacles to national cohesion and why they are constantly under attack.

These two claims do in fact get uttered in the political discourse; “why would Mandinkas call for Mandinka yaa faasa if they are in fact loyal to their country (patriotic)?” That statement; Mandinka yaa faasa gets cited and usually out of context to point to the claims of tribalism (loyalty to tribe) when the nation should be first like is the case for everyone else. The context to that statement if often, if not always disregarded.

As to the second claim that Mandinkas want mansa yaa (power) for its sake and by all means because they feel this country belongs to them and so feel entitled to rule it is what is often masked in “this country belongs to all of us!” statement. One needs to understand the evolution of Gambian politics to understand how active Mandinka participation in politics came about and is sustained with fervor to this point. Context matters in everything and full understanding of how issues evolved to their current state will establish facts; facts that are needed to address our current predicament effectively.

Outside of politics; there is no society more socially cohesive or more closely knit than The Gambia; that fact has remained true for many years; why does it not stand the test of politics? That is a question we all need to reflect on. One thing is clear though; unless we rein it in, the current climate and accompanying rhetoric is headed into dangerous territory.

These are all symptoms of post tyranny; it amplifies latent differences and deep seated animosity. Tyranny, in an effort to prop up itself thrives on divisive agenda, as a result it offers such bigotry and deep seated suspicions or negative stereotypes the ideal conditions to thrive, grow and manifest as we are witnessing now.

Sanity and the greater power of reason have always prevailed and we will continue to strive for that and are very hopeful that sanity and our cohesiveness will be restored before darkness sets in. Let’s not relent or be shy of calling out the bigots whenever and wherever they show up.

Gambia has always been one; One Gambia is lived and not a mere rhetoric. Let’s live it!!

2 thoughts on “Are Mandinkas Victimized?”